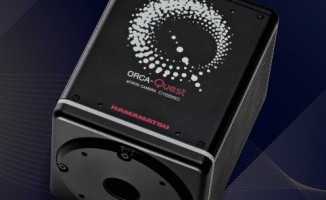 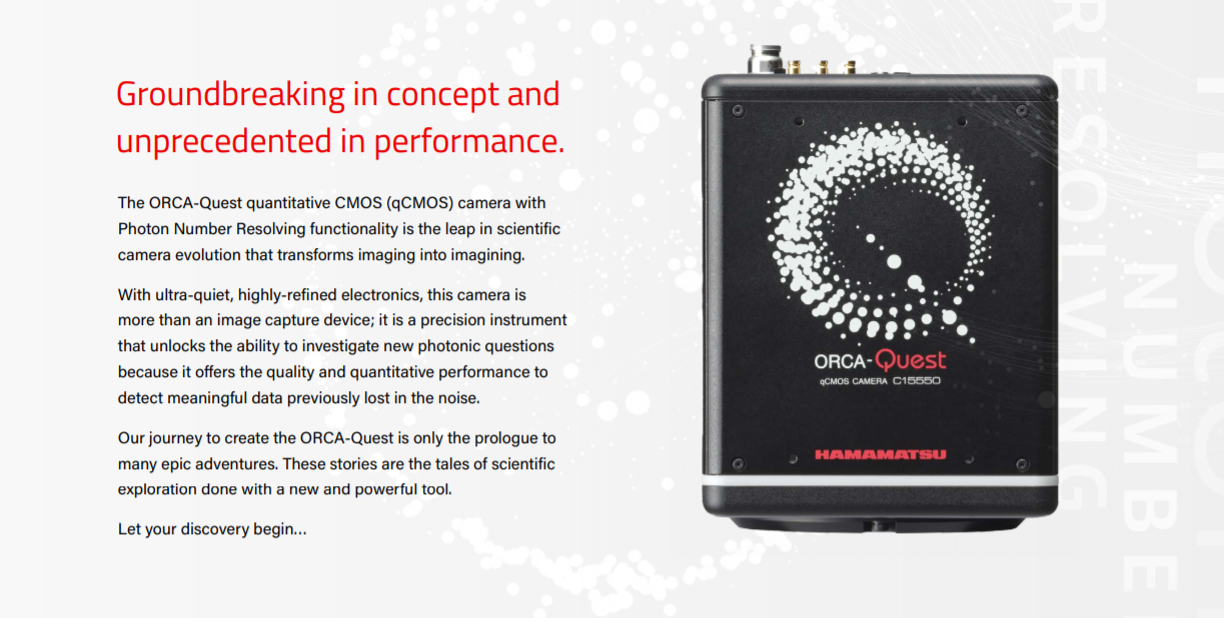 4. Realization of a large number of pixels and high speed readout

In order to detect weak light with high signal-to-noise, ORCA-Quest has been designed and optimized to every aspect of the sensor from its structure to its electronics. Not only the camera development but also the custom sensor development has been done with latest CMOS technology, an extremely low noise performance of 0.27 electrons has been achieved. 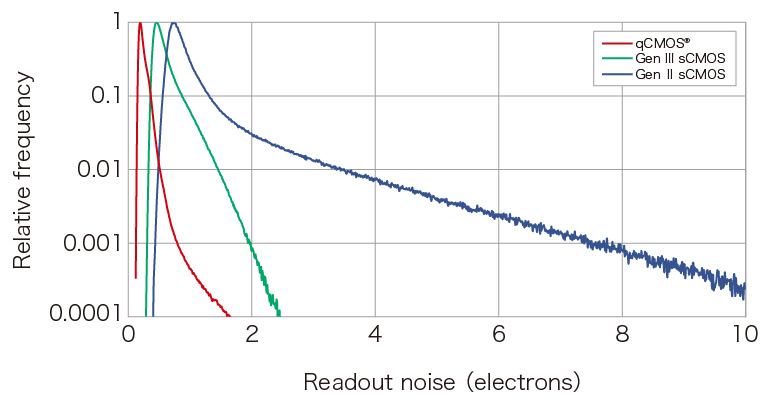 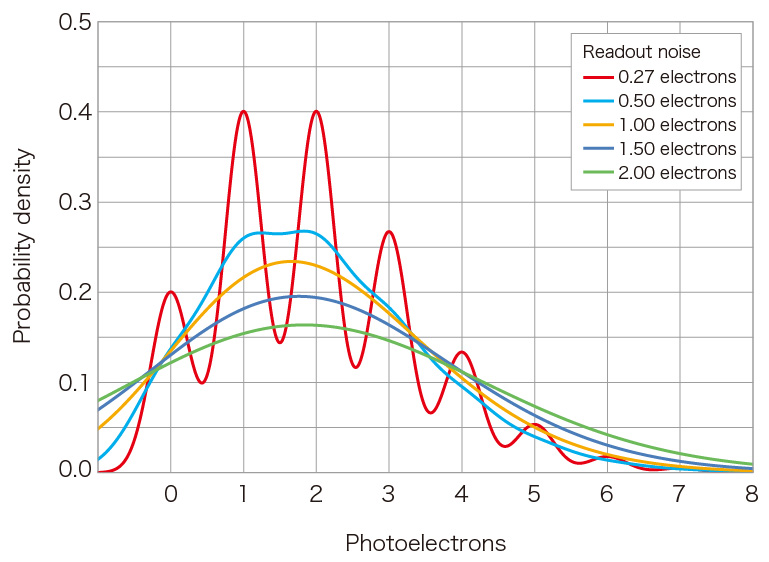 4. Realization of a large number of pixels and high speed readout

Photon counting (PC) level images have typically been acquired using electron multiplication camera such as EM-CCD camera with about 0.3 megapixels. However, ORCA-Quest can acquire not only PC level images but also photon number resolving images with 9.4 megapixels. In addition, it is not fair to compare readout speeds of cameras with different pixel number by frame rate. In such a case the pixel rate (number of pixels × frame rate), which is the number of pixels read out per second, is used. Until now, the fastest camera capable of SPC readout was the EM-CCD camera with about 27 megapixel/s, but the ORCA-Quest enables photon number resolving imaging at about 47 megapixel/s, nearly twice as fast. 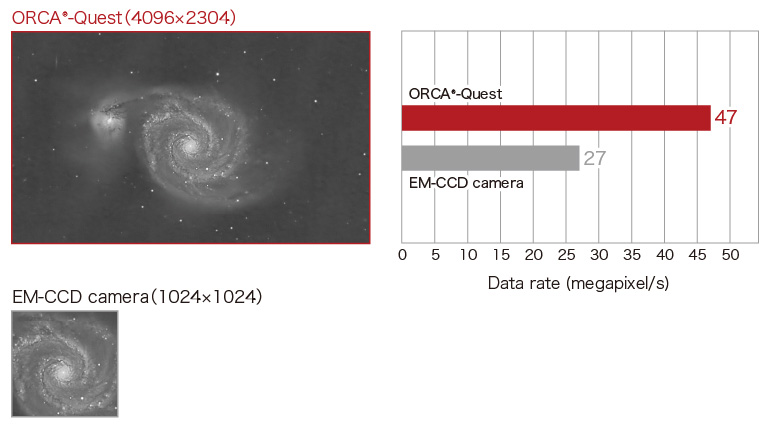 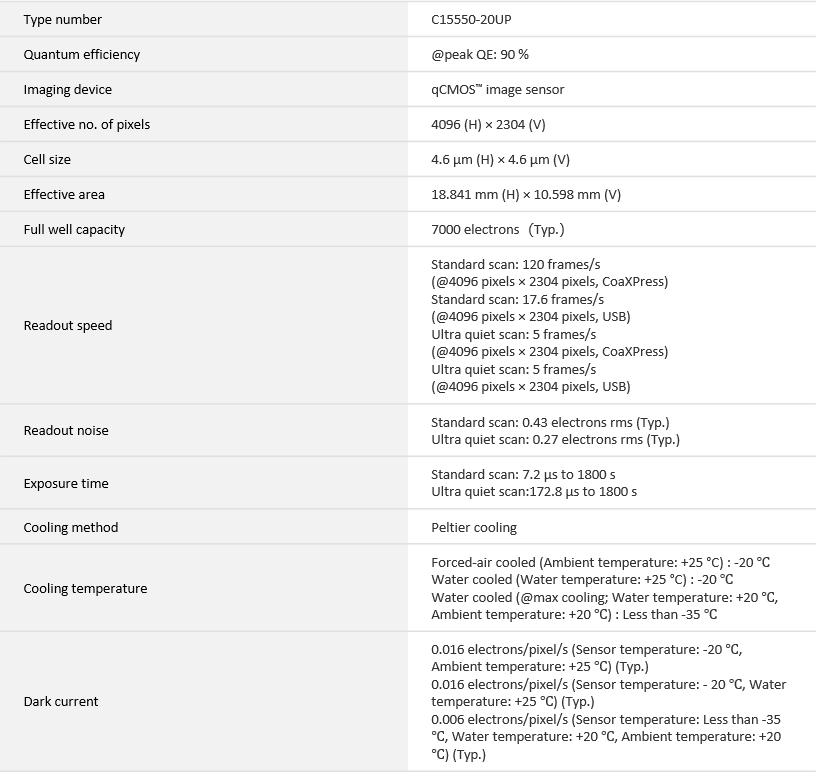 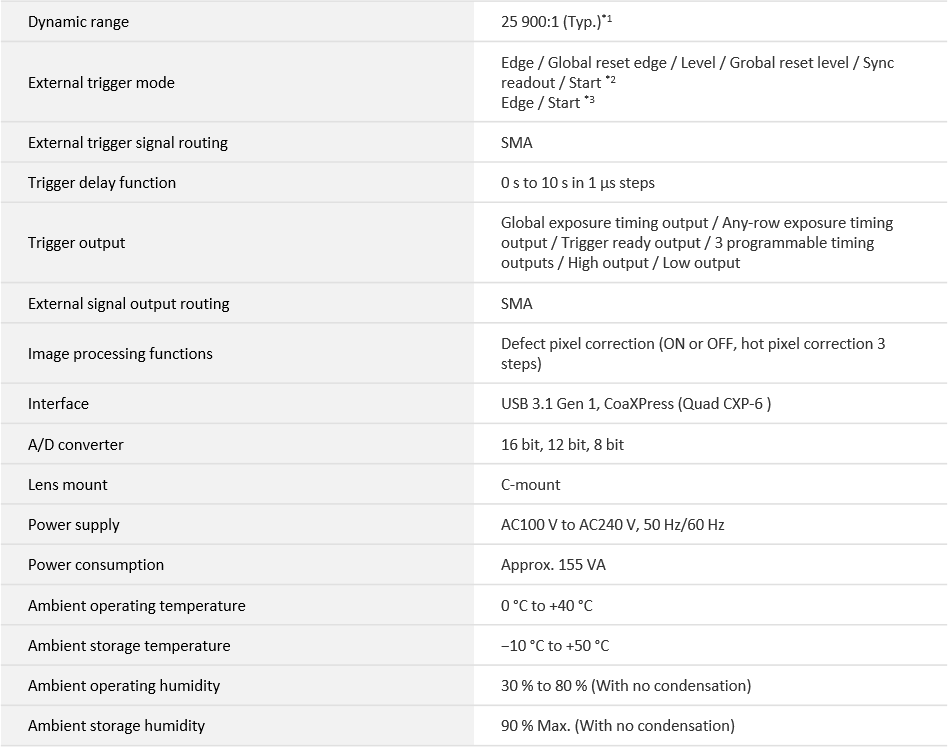 *1: Calculated from the ratio of the full well capacity and the readout noise in ultra quiet scan *2: At Area readout, Photon number resolving *3: At Lightsheet readout (Software such as HCImage is required. For details, please contact your local Hamamatsu representative or distributor.)